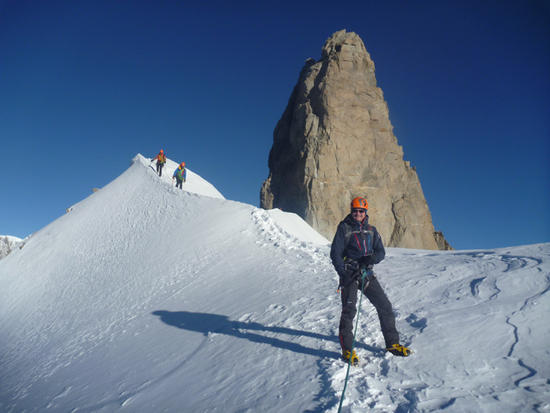 There are a few early signs of autumn starting to creep in around the Northern Alps. Just a few leaves lying on the ground, slightly earlier arrival of dusk, the sun slightly lower in the sky and some chilly mornings. Still, there has been some fine weather and a lot more on the way according to the forecast. Jonny and team climbed the Gran Paradiso today via the Chabod hut after several days of training on the Mer de Glace and around Punta Hellbroner including an ascent of the Aiguilles Marbrees.

Ben & Andy had to turn around at the Solvay Hut on the Matterhorn today due to unexpected overnight snow and therefore tricky snowy conditions. A few teams continued to the summit from the Solvay but most turned back including the Zermatt Guides. Hopefully today’s sunny & warmish weather will hopefully clear things up for another summit attempt, from a different team, tomorrow.