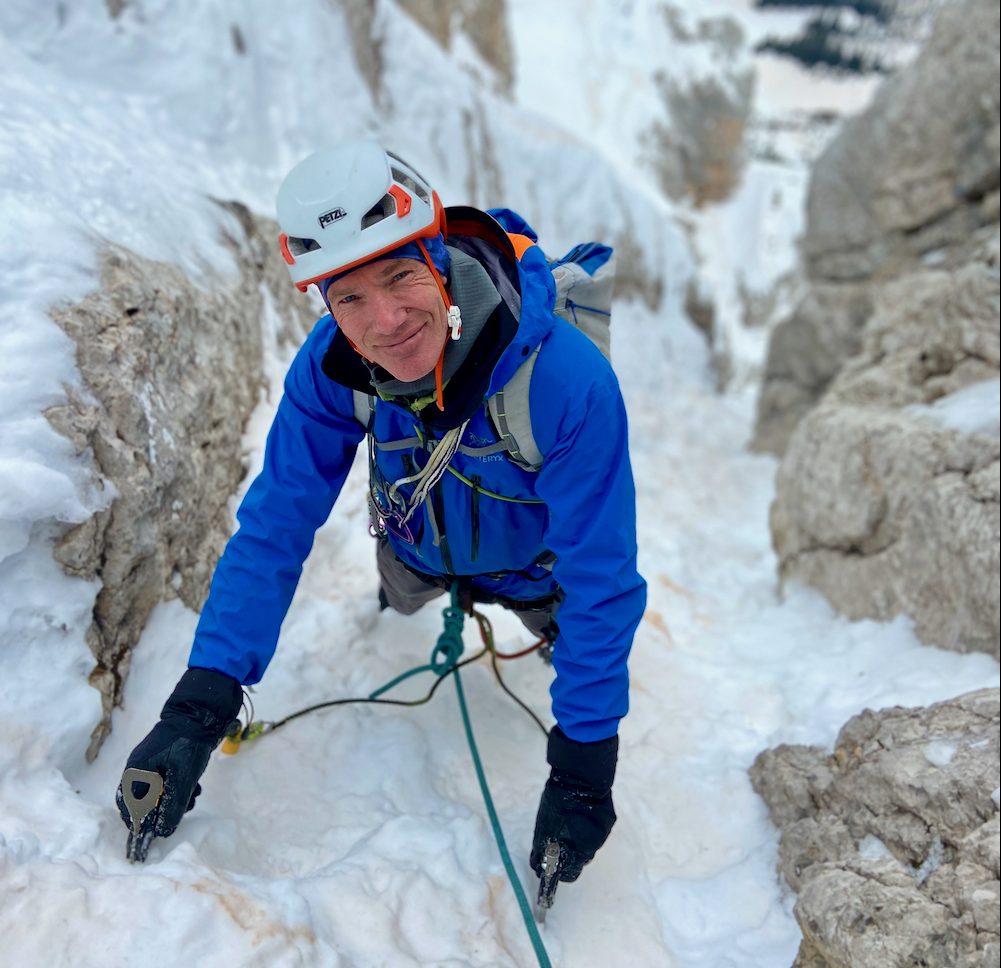 The very good stable late winter weather continues in the Northern Alps and many teams have clearly enjoyed the ascent of the Aravis Mixed classic ‘Aravicimes’ above La Clusaz over the February French Vacances ‘de ski’.   The avalanche hazard was low today, the snow was not great for skiing, but there was a big track on Aravicimes with some good ice, fun easy mixed climbing and a little sting in the tail….

The approach in to the Combe de Paccaly was a bit more awkward than usual as there has been a big slide beneath the Paré de Joux with lots of avalanche debris on the main approach slopes.   We took a less steep and more circuitous line up the Rive Droite of the Combe.  Ski crampons recommended at the moment!

This great journey of 400m of climbing unfolds with some lovely easy lower snow slopes, which had confidence inspiring squeeky spring Ben Nevis style névé today.   The first ice wall appears with a convenient bolt belay below it and we began the first of 2 long pitches of moving together that took us up most of the route…

After some more easy snow the fun icy chimneys begin with sustained enjoyable easy mixed climbing including a brilliant passage through an icy cave with a great mix of limestone, ice and snow for both crampons and axe placements.

In fat ice conditions this feels like it might continue nicely to the upper summit slopes, BUT!….it seems there is normally a harder mixed pitch (M4+) to cap off this fine gully system and the route in general, and today was no exception.

The gully changes character right at the top and becomes a series of short, but smooth micro limestone chimneys.   Fun climbing…for the second!  A good steady lead from Tim today.  There is one protection bolt but this is noticeably below your cramponed feet as you head in to the harder last section.

The team behind us had the wonderfully stylish option of flying off the summit area with their parapents.  Not having a lightweight parapent in our pack, never mind the skills to use one, we took the more conventional descent of a series of pretty rapid abseils on the bolted fixed anchors.

The ski down will not be remembered for the quality of snow or skiing, but there is always something really special about a days climbing with the approach and descent made on skis.  The novelty of climbing in this middle mountain limestone country only emphasised that and made a nice change from the high glacier and granite country…

Please get in touch via the contact form below if you would like to do some guided climbing or ski touring over the rest of the winter / spring 2021 season….

High Mountain GuidesApr 14, 2021 @ 9:54
Great to see folk back in the mountains of #Snowdonia🏴󠁧󠁢󠁷󠁬󠁳󠁿and receive so much interest in our #MontBlanc & #Matterhorn training weekends. April is full but we have a couple of places available May 22-23:
https://highmountainguides.com/open_course/mont-blanc-training-weekend-snowdonia-may-2021/
View on Facebook

High Mountain Guides @High_Mt_Guides
Apr 14, 2021 @ 6:52
Great to see folk back in the mountains of #Snowdonia🏴󠁧󠁢󠁷󠁬󠁳󠁿and receive so much interest in our #MontBlanc & #Matterhorn training weekends. April is full but we have a couple of places available May 22-23:
https://t.co/lxUiSTkYvp https://t.co/ZjHto4oeWK
View on Twitter 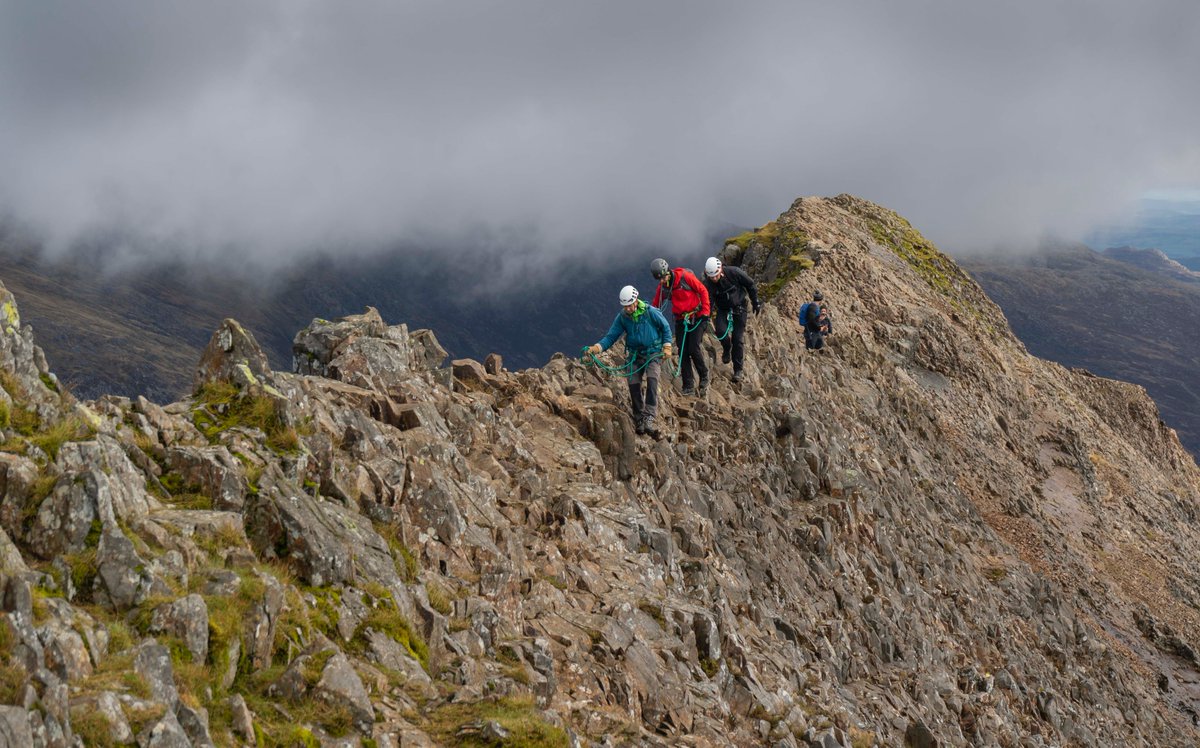 High Mountain Guides @High_Mt_Guides
Mar 31, 2021 @ 11:25
The Col de la Forclaz couloir above #Sallanches in the Arve Valley🇫🇷. Often viewed by skiers from the A40 motorway. A fun ski journey this morning with warm spring like conditions & despite the heavy snow lower down:
https://t.co/adLb7I35Vt https://t.co/UotZUCXsXH
View on Twitter