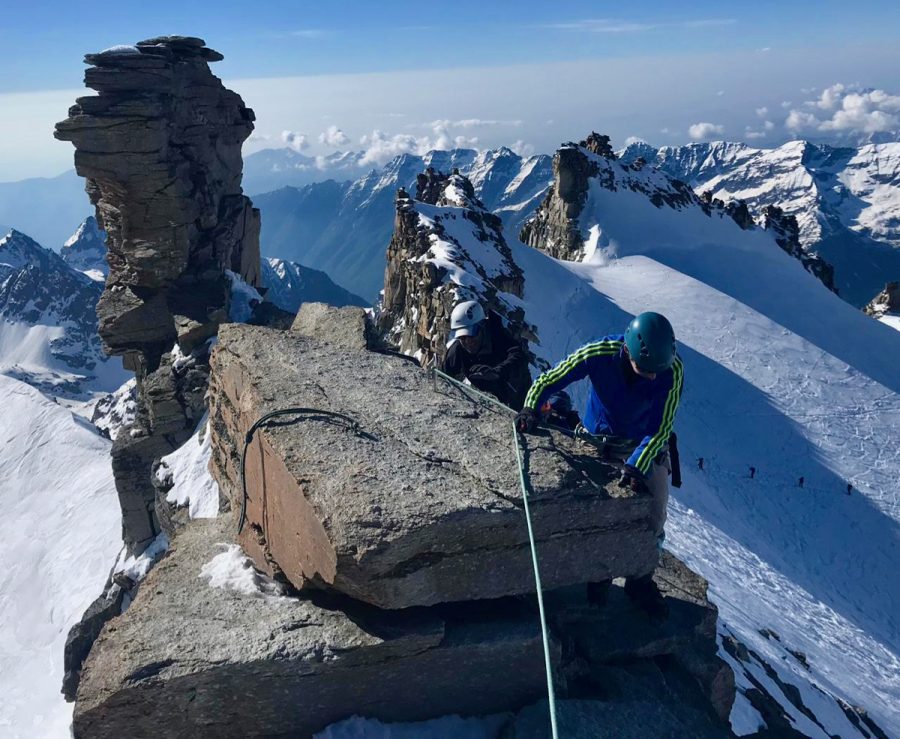 A reasonable winter refused to let go this year and a long, cool, wet, and, in the mountains, snowy spring has left good conditions with high snow volume on the glaciers and in the mountains as we kick off the summer alpine mountaineering season.  Our Gran Paradiso course made the most of this with an early start from the Chabod hut and fine traverse of the mountain with good conditions and re-frozen snow in the tracks – for fast and early teams at least, all the way down below the Vittorio Emanuelle Hut.

Tim and Will are also heading to the Chabod Hut today in the hope of climbing the North Face of the Gran Paradiso tomorrow.  This has had numerous ascents in the last few days since the first teams struggled to put a track in to the base of the face.  Looking more snowy than it was in winter, conditions on the face sound ok – update to follow, todays picture from the Chabod Hut webcam below. The north face of the Ciaforon also looked pretty snowy although, as usual now, does have the rock band exposed higher on the face.

On the Italian side of the Mont Blanc Massif there has been plenty of activity from the Skyway lift / Torino Hut with teams doing the Tour Ronde North Face in reasonable condition as well as the classic ridge traverses of Entreves, Marbrees and North Ridge of the Petit Flambeau.  There is also a big track leading up across the glacier on the approach to the Dent du Geant & Arete Rochefort.

There has of course been lots of early summer activity around the Col du Midi also with teams enjoying the lift accessed alpinism provided by the Aiguille du Midi, which is open for the season….fingers crossed!  There are also reports of the Panoramic Mont Blanc traverse lift across the Vallee Blanche from Midi to Skyway also opening shortly this June.   Tim and Will enjoyed fun snowy early summer conditions on ascents of both the Cosmiques Arete and North Face & Traverse of Pointe Lachenal.  Teams were also climbing on the Triangle du Tacul albeit with some icy conditions on the approach ramp to the Chere Couloir but generally much improved after the spring snow and teams doing good north face training action on some of the other routes on the face also.

There was also lots of activity on the Mont Blanc du Tacul normal route, both on skis and on foot, but with very few teams carrying on over a heavily seraced and difficult looking Mont Maudit.  It looks like that route may be a lot less popular that in some years this year due to the major serac barriers to cross although it’s always a steep and serious route up to the Shoulder on the NW Ridge on Mont Maudit.  Our Mont Blanc course turned around just above the Gouter Hut this morning in very strong winds and is descended via the Tete Rousse Hut, train tracks and all the way down to Les Houches as neither the Bellevue lift or Tramway du Mont Blanc is open yet.

These early summer high snow volume conditions should be maintained for a while yet especially as the Chamonix weather forecast is for relatively cool & showery weather over the weekend and in to next week.  This might make it tricky to get any big routes done but is good for training and preserving the currently well filled in glaciers! 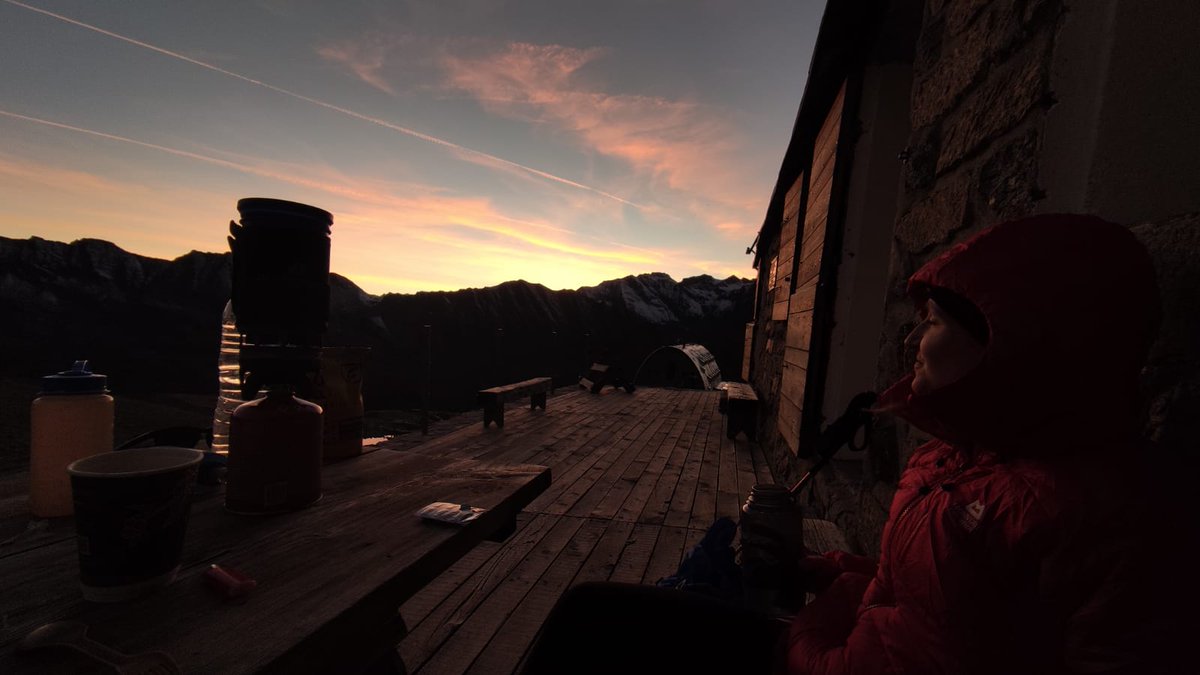 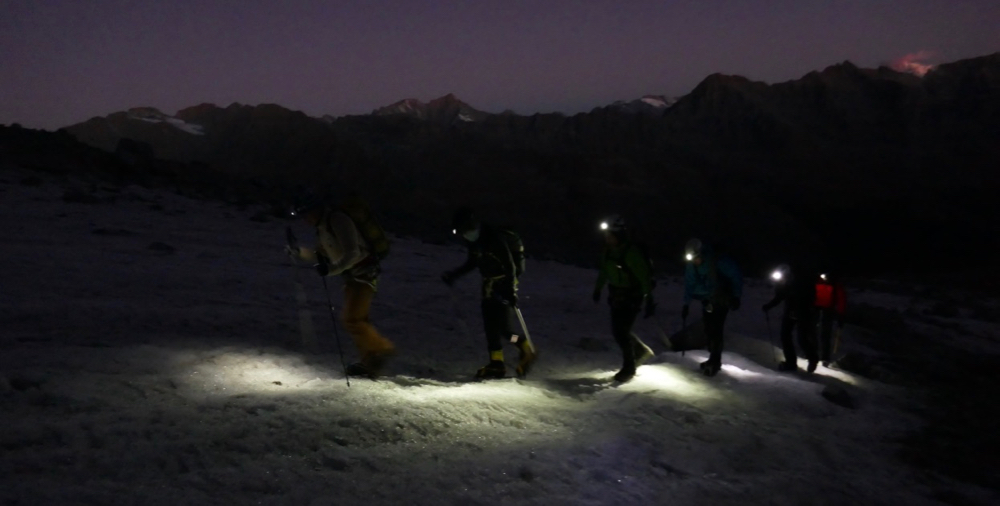