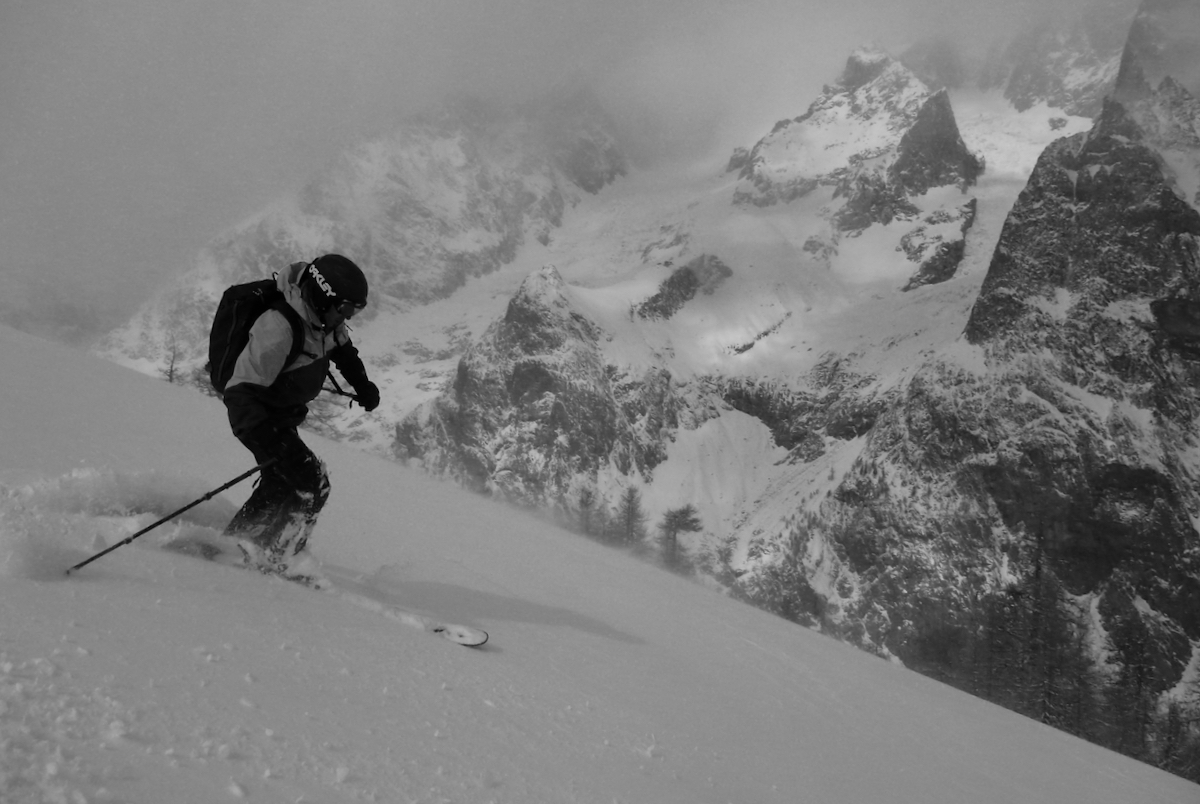 The precipitation started at around 0400 on the north side of Mont Blanc this morning, but it had been snowing much of the night and yesterday evening on the South side and Courmayeur had plenty of fresh snow and fun fresh tracks this morning.  There was still a stiff wind blowing meaning that the Youla and Arp lifts were both shut although this was a mere light breeze compared to the 240km/hr windspeed recored on the Aiguille du Midi.   That’s windy and unsurprising much of the south side of the Chamonix Valley was shut, including the Midi!  And even Les Houches had some trees lying on the pistes!  There was some good powder fun to be had in the dream forest at Les Grands Montets once it opened up.

Although it seemed quiet at Courmayeur this morning the sunny front face was soon tracked out in the reasonable visibility but there was good to skiing to be had for most of the day on the shady and woody Val Veny side.   A few teams did some short skinning journeys up towards the Youla but it was pretty wild higher up with lots of fresh snow loading up the higher slopes and couloirs.  The fresh snow was great but it is quite noticeable how poor the snow volume is on the South side of Mont Blanc compared to Chamonix and the north side.   Also compared to last year where some of the big piste fences were almost completely buried.  They are standing well high and proud of the snow at the mo!

Most of the side country was well tracked by the end of the day making for robust and physical skiing!  Our off piste team in Chamonix skied in Les Contamines today and had a great start in the back bowls at Le Tour yesterday skiing nice snow on the Vallorcine / Chatelard sides of the Balme including a descent of the Posettes Couloir in good conditions and ok conditions in the Vormaine bowl too.

We have some remaining places on forthcoming group ski touring days… 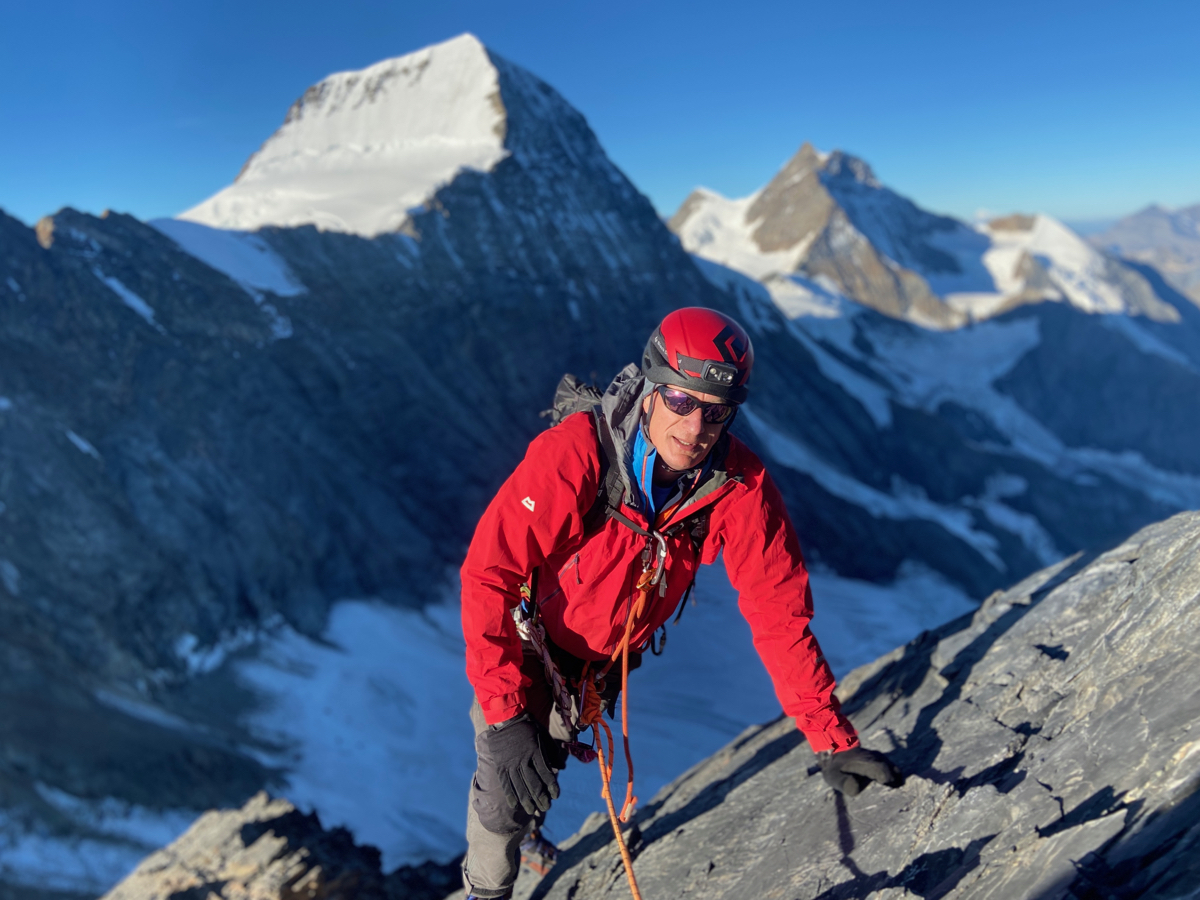