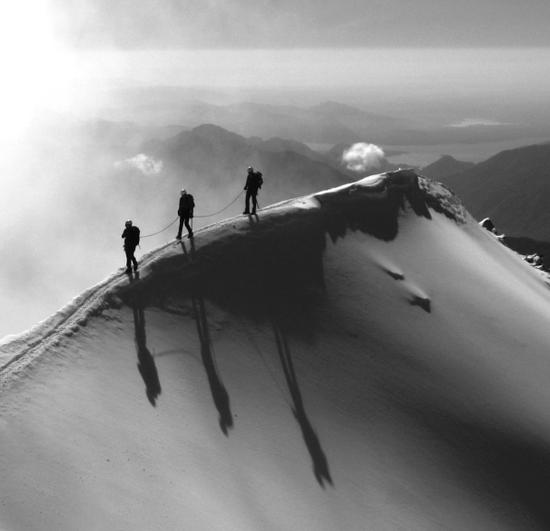 Another perfect late summers day and a very enjoyable traverse of the Weissmies today from Almageller Hut, up the South Ridge and down the glacial northern side of the mountain to Hohsaas. The descent is a bit icy in places and rewards good cramponing and crampons but generally has a good track for the majority. Good conditions are also being reported from the Weissmies Hut for the ascent of the Lagginhorn normal route.

On the Monte Rosa, the hut is reporting decent late summer conditions on the long glacier approach to the Dufourspitze and for the aller retour along the West Ridge but not via the short & steep Silber Sattel approach / descent, where there has been a problem with the fixed ropes due to several stone fall incidents.

Conditions reports are less positive from Mont Blanc and whilst numerous teams climbed the mountain via the Gouter Route today, stone fall issues have re-emerged in the Grand Couloir and the 3 Monts route is also complicated by enhanced serac and crevasse issues, particularly on Mont Maudit.