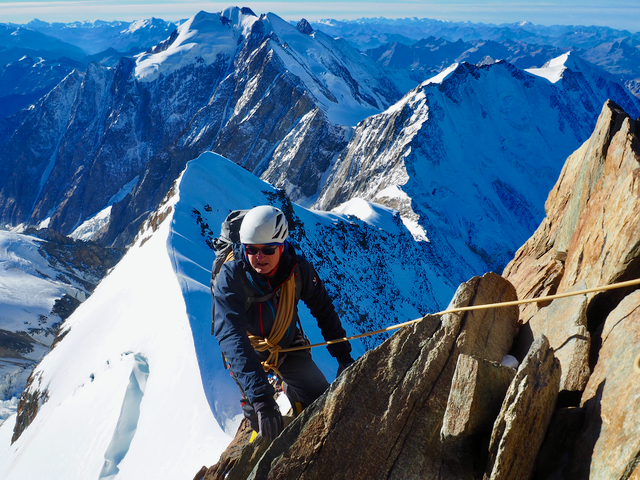 The Alpine 4000m peaks represent a superb variety of challenges to the mountaineer. From the short, simple snow plod up the Breithorn to a long and sustained day traversing the mighty Weisshorn. Long and physical snow ascents like the Strahlhorn, Monte Rosa and Mont Blanc. Technical rock ridges to gain the summit by the easiest route – Matterhorn, Dent Blanche or Dent de Geant and then there are the classic narrow snow aretes as found on Liskamm and the Aiguille de Bionassay.

Geographically they encompass much of the Swiss Alps, the French Mont-Blanc and Ecrin massif and whilst numerous 4000m peaks lie on the Italian border, only one, the Grand Paradiso, lies soley within Italy.

To complete them all, the Alpine 4000m peaks rank very favourably to other obvious mountain challenges. To the fit, motivated and competent mountaineer they are more exciting, challenging and varied than the UK 3000 footers (in Scotland called the ‘Munro’s. On the other hand they are safer, more achievable and logistically straightforward than the Himalayan Peaks.

So to whet your appetite get hold of Martin Moran’s book “The 4000m peaks of the Alps” and start planning.

To start you off on your 4000m Peak career we offer a week in based in Saas Grund, the most obvious starting point for climbing these peaks.  After that private guiding with us will help you get the most out of your 4000m peak bagging career…. 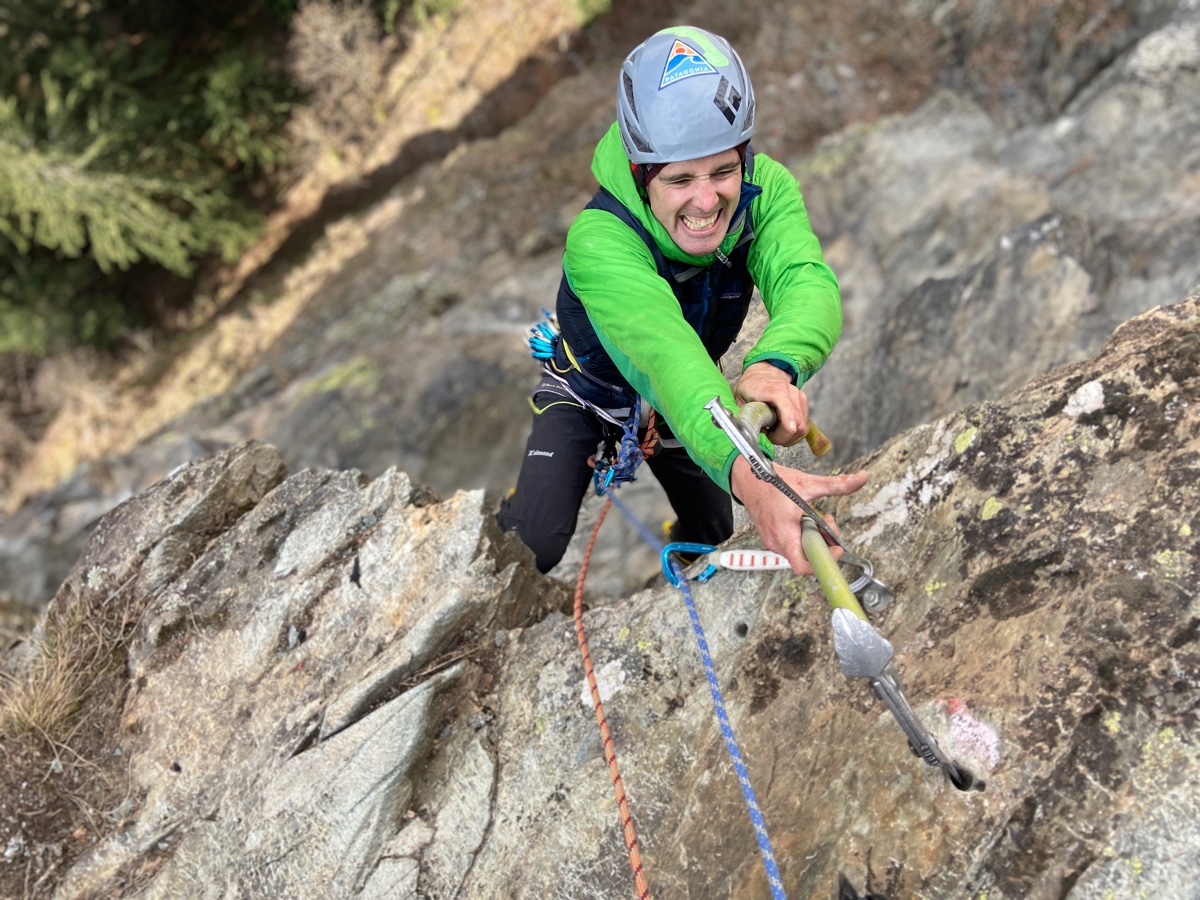 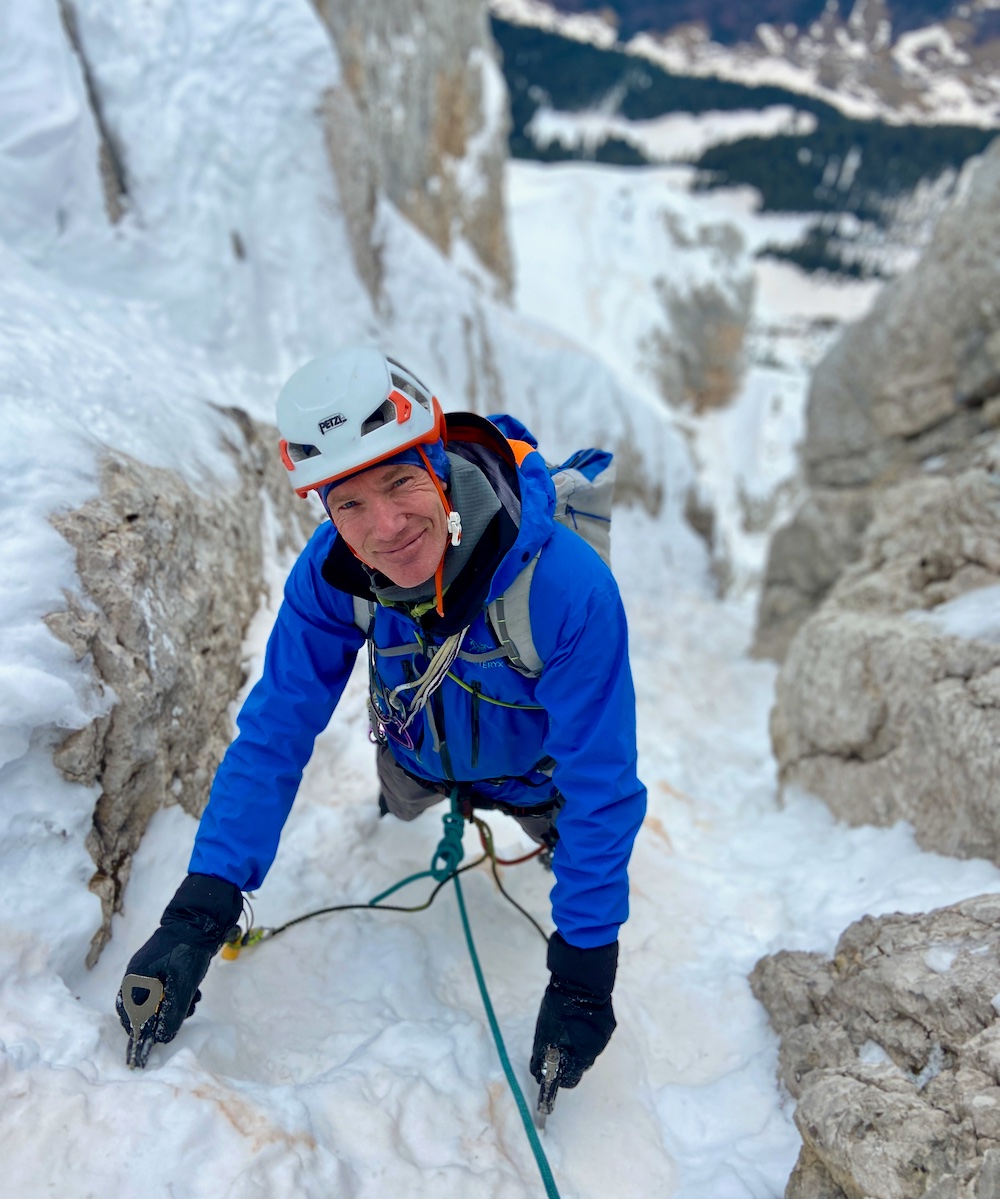 High Mountain Guides @High_Mt_Guides
Feb 16, 2021 @ 14:11
A rude awakening to 'spring' rock climbing with some sunny weather in the Arve & Giffre Valleys and some roadside polished limestone to warm up / pump out on!
https://t.co/RynvjPyUqT https://t.co/pNK78rxrlg
View on Twitter 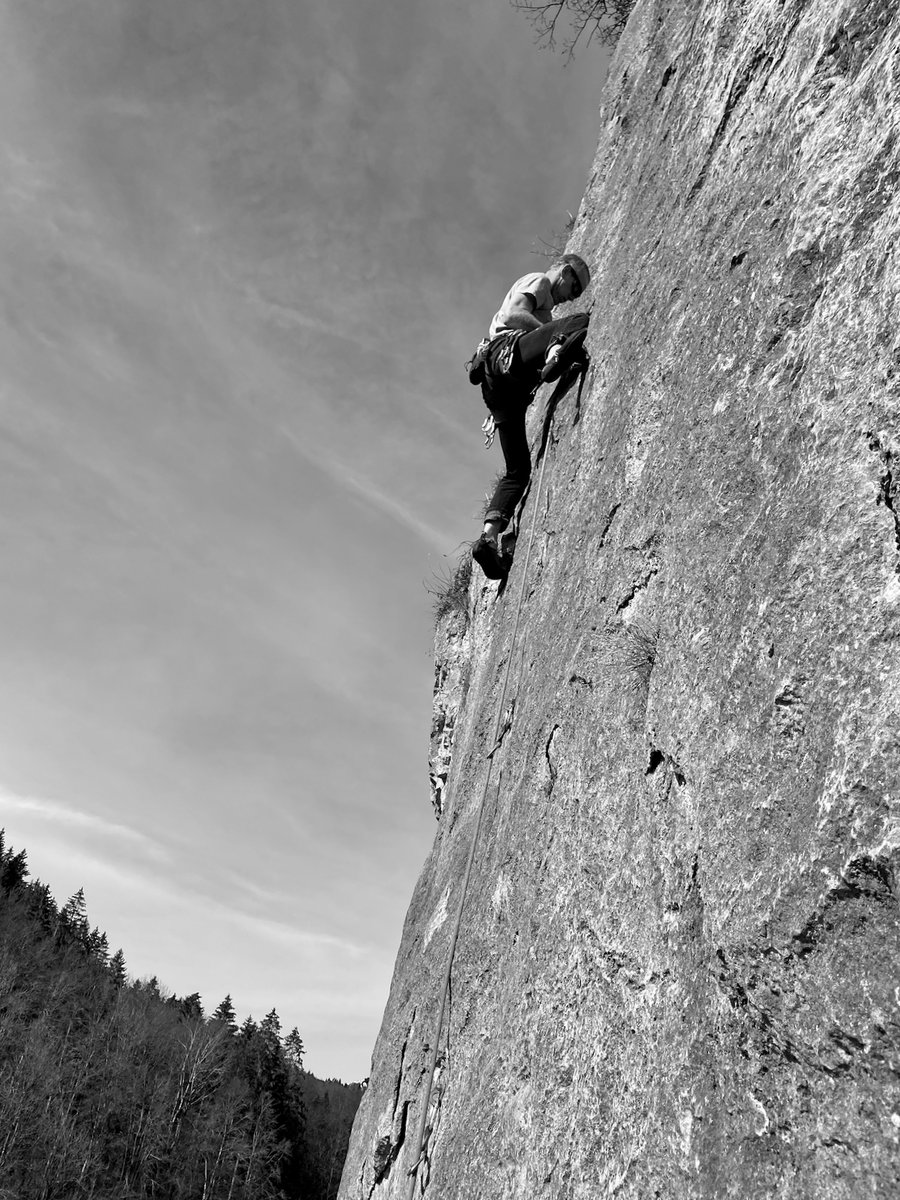