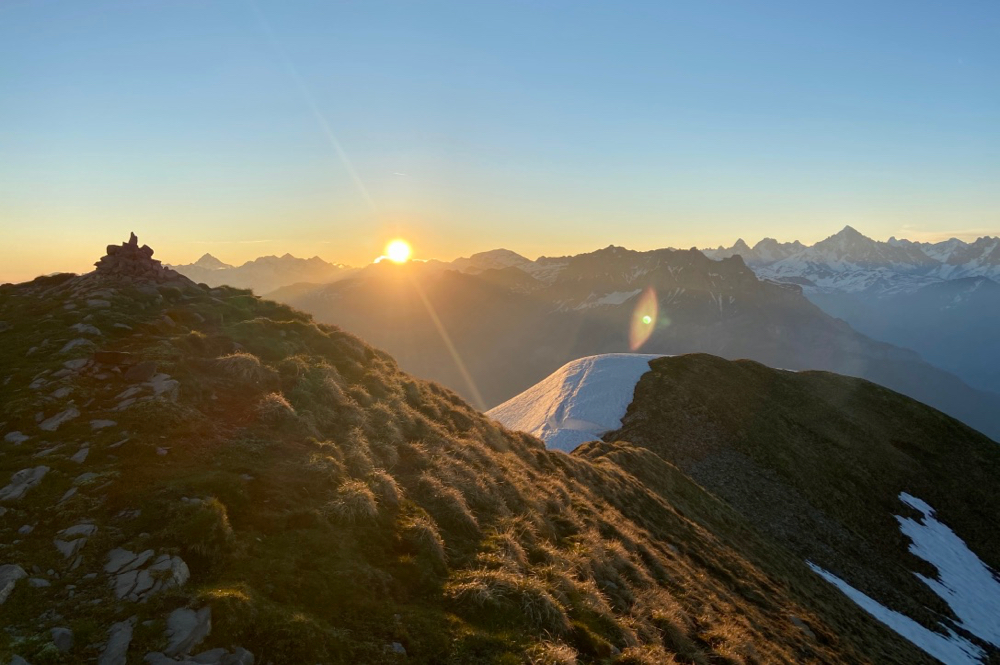 After a couple of months of confinement in France, it’s really good to get back in the hills and many teams have been out enjoying the late spring good weather and decent remaining snow pack in the Mont Blanc & Aravis Massifs.  Whilst it’s still very much not ‘business as usual’ in the mountains it is once again permitted to walk, climb & ski well within your limits.  Authorities have called for prudence so as not too overload emergency services and supplies.

It was a very quiet and dark and very start in Burzier above Sallanches this morning and no other teams were seen until nearly back at the parking having climbed the fine bulky peak overlooking the Arve Valley, Les Quatre Têtes, 2364m.  The steep track leading up to the Doran Hut was as uncompromising as usual and it was great to hit the snow front at about 1650m.  There had not been a great overnight freeze but the snow was stiff enough and rapid progress was made up towards the summit ridge with great views of Pointe Percée en route.

A wonderful panorama awaits for those succeeding in the long steady climb of the snow slopes above Doran and it was excellent to see the sun rising over the Mont Blanc Massif this morning as part of the wider vista including the Beaufortain, Aravis & Chablais.  The ascent took just under 2 hours from Burzier thanks to the good going on the snow and very light mountaineering boots which are still compatible with articulated crampons and this very light set up worked well for this steady snow ascent.

For the descent, there were numerous ski tracks on decent spring snow on the slopes to the skiers right of the main West Ridge from the Col de Doran.  This gave a pleasant and rapid 700m descent to the snow line back in the comb before the Arete des Saix was crossed to reach the Chalet de Mayères and completing a fine loop back to Burzier.  There are major works going on on the paths to the East of the Tournieux Refuge, and sections of this route are closed, so other routes should be taken as an alternative to get back to Burzier.

In Chamonix there has been a steady return to the hills with numerous ski teams accessing the upper Vallee Blanche and Col du Midi area from the Aiguille du Midi which was open for the weekend and is open again for this long bank holiday weekend. Teams have been doing the Cosmiques Arete in snowy late spring conditions and the South Face of the Midi, Rébuffat Route.  More information regarding lift openings & C-19 special updates here.  Teams have also been out doing some good alpine routes around the Glacier du Tour including the Aiguille du Tour, although it’s not permitted to stay in the hut or bivi so routes up here would be for very fit & strong teams only at the moment!

So, for those that can get there, mountain walking, rock climbing, easy alpinism, ski touring are all possible again in the Mont Blanc  & Aravis Massifs, with various additional C-19 measures in place.  Guiding is also permitted once again and we would be very happy to host any guests wanting to do these activities in the coming days, weeks and months of this summer season.

High Mountain GuidesOct 15, 2021 @ 14:07
Indian summer for☀️🍂 rock #climbing. Simon on his first outdoor lead on F3c groove at Gaillands & @truenorthalpine on Reflets de la Terre, F8a, at Doran (not his first outdoor lead!). Get in touch if you would like a half or full days rock training or guiding in #Chamonix
https://highmountainguides.com/services/rock-climbing-in-chamonix/
14    View on Facebook 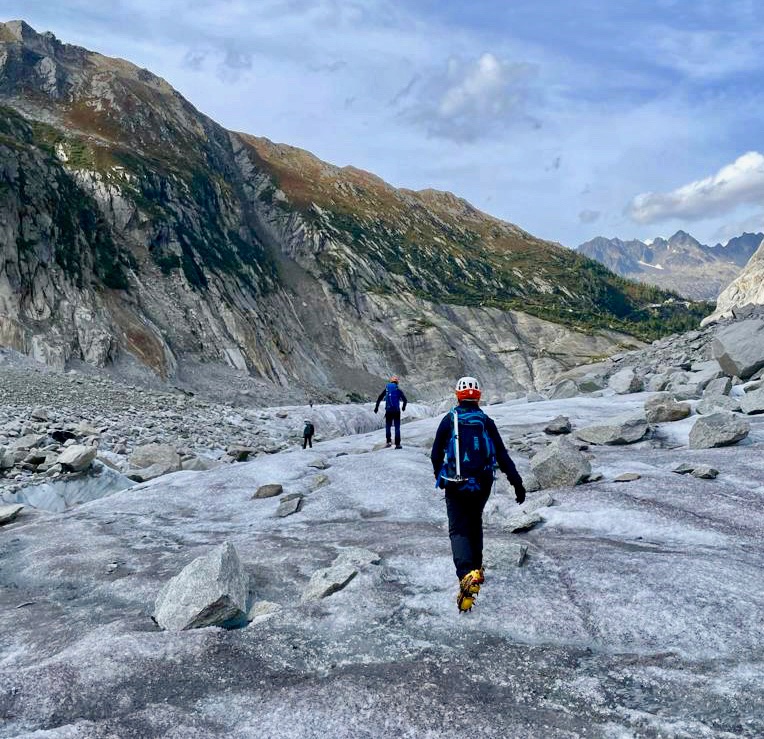 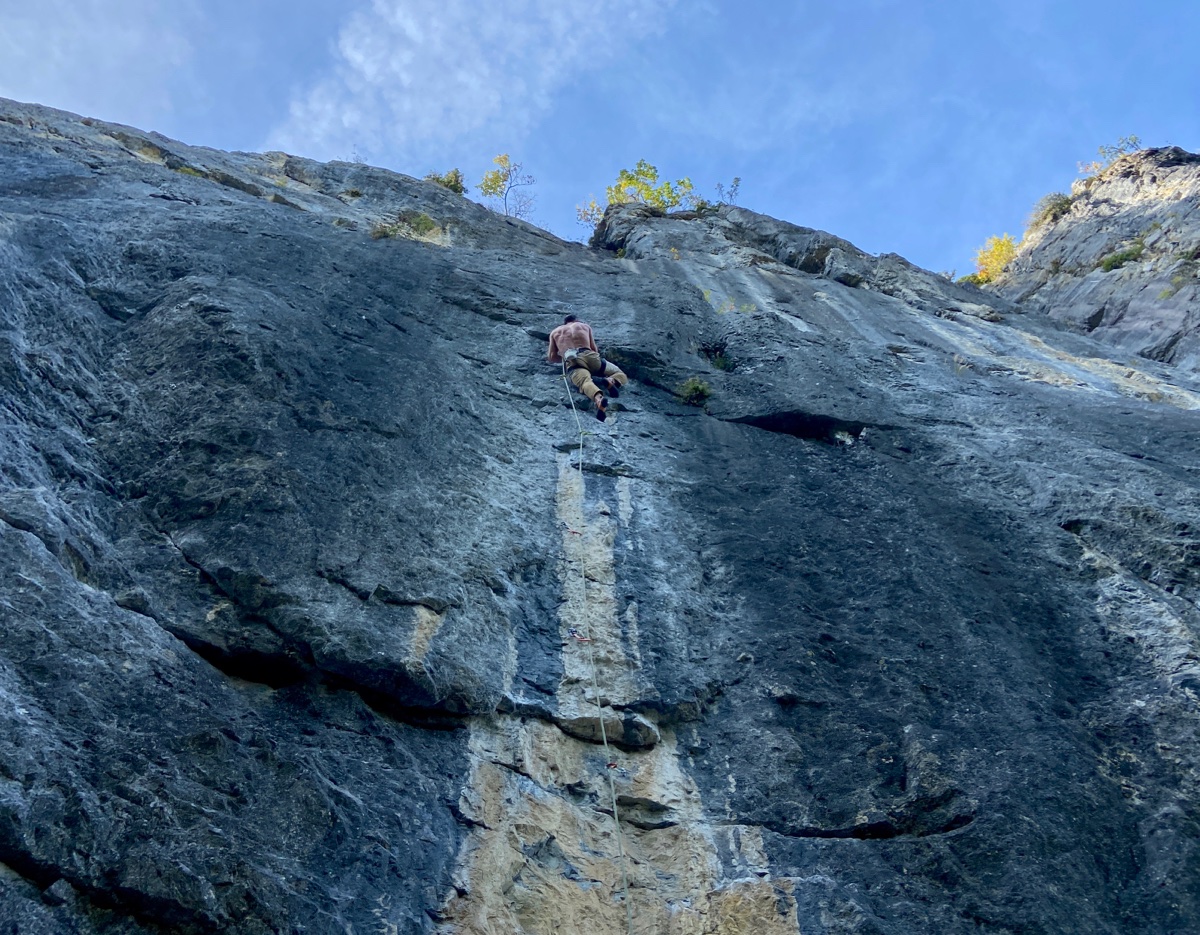