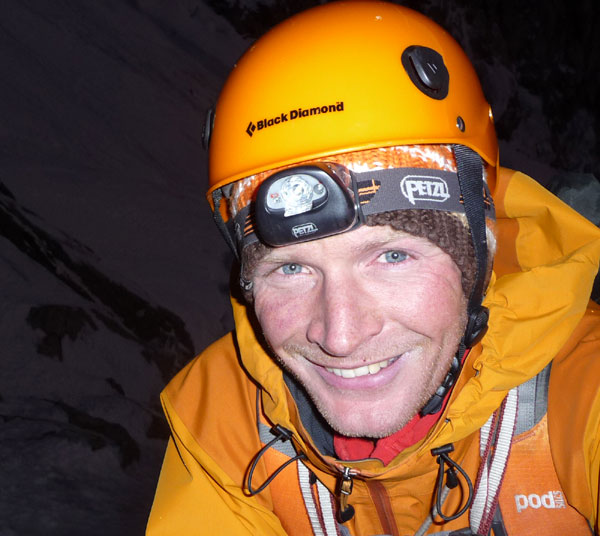 Dave is a full-time IFMGA guide and British Mountaineering Instructor (MIC) based in Sheffield, UK. Originally from near Belfast, you’re as likely to find him in the Alps, Scotland, Snowdonia or the Peak District as his native Fairhead. Dave is well known for his pragmatic and considered approach to delivering very high quality training and guiding in the mountains.

He is also an extremely talented mixed climber & alpinist and good company to be on the hill with.  Dave’s enthusiasm for the mountains extends to all seasons and a huge diversity of work and play. Starting high level alpine climbing with equally highly motivated students at Cambridge University Dave’s subsequent 15 years of climbing, mountaineering and skiing have taken him all over the world from the Himalayas to the big walls of North America, the European Alps and the rich diversity of climbing in the UK.

Dave is now based in the Scottish Highlands and works as a full time instructor at Glenmore Lodge, the Scottish National Outdoor Centre near Aviemore.

Rob and Dave were well worth ever penny. I personally climbed with Rob but can confirm that the other 2 lads were just as happy with Dave.  Their professionalism and approach was excellent, but what made it even better was the fact that they smiled and made us feel as though we were just climbing with mates. Thanks to them both for the adventure and thanks to you for organising it. Will be giving you some repeat business on the strength of this trip for next year.
If your interested Rob took myself up a route called Wendygo IV 4, while Dave lead the others up No. 3 Gully III 4, with variants I believe.