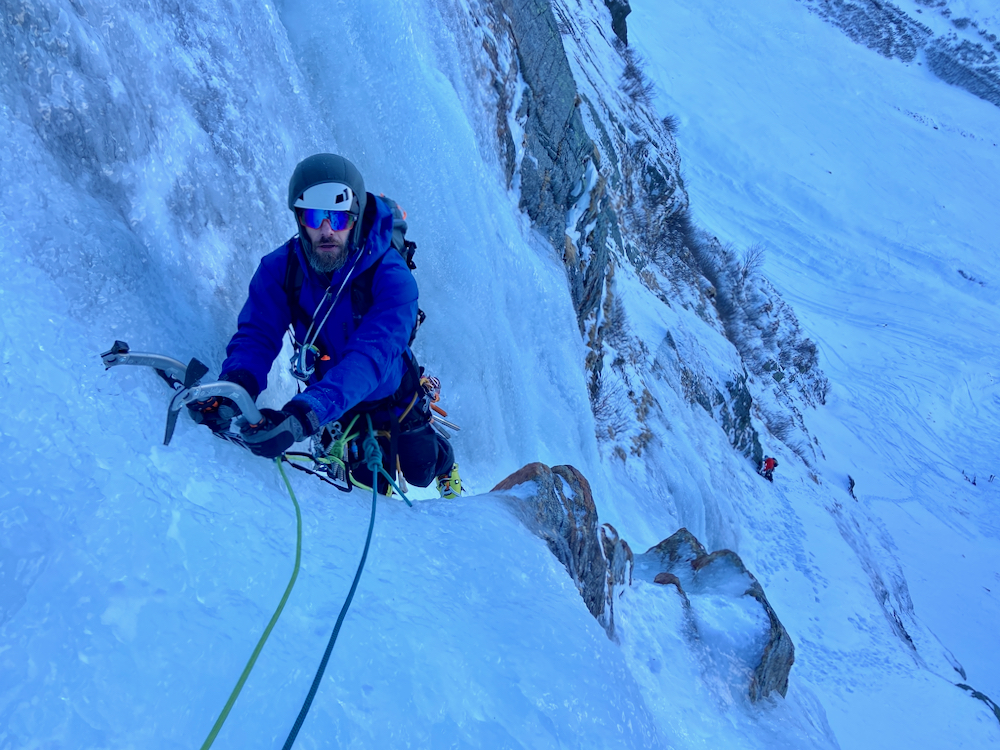 Hats off to the Chamonix Guides company for making a great job of steadily building up the ice on the excellent little gorge venue for climbing training above Le Buet at the Eastern end of the Mont Blanc Massif.

They have been helped this year by the almost constantly cold temperatures and it was a chilly -9C in Chamonix this morning with very extensive snow cover right down to valley floor level.   So whilst the lifts are closed, and the avalanche risk is high, the Valley looks strikingly beautiful and there is plenty of good winter sport action to be had, if you can get here!

The crag has a great mix of easier intro style pitches as well as much steeper ice for training, enjoying and building confidence on a crag with a very short walk in and without the other high mountain additional stress factors.

Please get in touch if you would like a half or full day ice climbing intro or progression training session here or at one of various other inspiring venues which are in good fat ice condition at the moment.

The snow conditions for skiing are also impressive with extensive cover from valley floor level to some pretty plastered looking high mountains.  The avalanche risk is high but, with careful route choice and seeking out some more mellow terrain, there is some great snow to ski.

So whilst the lifts are closed, it’s still a good time to do some ski touring training and enjoy some fine journeys and good skiing.  Please contact us via the page below to arrange some training and guiding.

The technical crux of getting to the Le Reposoir ice cliffs is more about the drive than the climb with an impressively slippery road leading to the snowy parking and pleasant short walk to the crag nestled at 1420m on the North Face of Pointe d’Almet above the Col de la Columbière road.

Conditions were good today, there was plenty of ice and no other teams for a change.  The cool weather keeps going but as we left the crag at lunchtime, the snow was falling and temperatures warming a bit with some stormy weather on the way.  This crag has some big exposure to the snow slopes above and thus needs stable snow conditions.

As seems to be the pattern this year, after a wet autumn, these spring fed cascades keep running strongly with water which, along with the good freezing weather, has given some fine fat ice climbing features but also kept the ice falls quite fresh so the climbing today never felt fully equipped with in-situ footholds and hooks!

The Cascade de Milieu, II 4+ gives a steep start but Kev was up it in a flash and found a nice dry cave with bolt belay on the right.  After an easier 2nd pitch there is also a bolt belay on the left from where it’s possible to abseil back to the bags on 60m ropes.

The Cascade de Gauche is perhaps a more impressive overall line and has various options but even the line of least resistance gave some good steep ice grooves on both the 1st and 2nd pitch.

It looks like plenty more snow is on the way for the rest of the week which could be good for some powder ski touring around the forests so please get in touch via the contact page below if we can help arrange some cascade ice climbing adventures and training or ski touring in Chamonix – Mont Blanc – Aravis areas.

Freezing temperatures for over a couple of weeks now has seen some big and fat ice formations around the Mont Blanc Massif and the Cascade d’Armancette was no different and presented an impressive North Face style huge runnel of ice smeared across this steep and rocky SW face of the Glacier d’Armancette.

There are various other lines which also seemed to have plenty of ice on them and one team climbed some of the line just right of centre in the photo above.

The ice was cold and solid making for secure but not rapid progression and we gravitated towards the slightly easier left hand line over the steeper central line.  There was a surprising lack of evidence of traffic in the form of pick placements, footholds or in-situ threads!

The left hand line gave some great sustained grade 4 climbing leading up to the final steepening at the head of the main cascade.

This was climbed on the far right to benefit from the softer ice and avoid the central shower!

We were treated to a surprise appearance of the sun at the top of the main cascade and rigged the abseils with warm hands for a change.   The ropes however were icy due to the short shower and cold temperatures and a belay plate had descended the route in advance of us meaning for some kinky italian hitch abseil action.

We reached the snowy couloir and skis in 3 raps from the top of the main cascade using a mix of bolt and abalokov anchors.

Having watched a few teams ski the nice steep couloir on the North Face of the Tétes Tre la Tête it was good to get a few turns of our own with some lovely velvet cold snow still untracked in places before the more bobsleigh style descent through the forest back to La Frasse which was rapid and fun…but rock skis recommended!

It looks like more snow is on the way from tomorrow with some significant amounts falling through the rest of the week.  Please get in touch via the contact page below if we can help arrange some cascade ice climbing adventures and training or ski touring in Chamonix – Mont Blanc – Aravis areas.

The big freeze continues – ice climbing conditions are good and improving in many areas around the Mt Blanc & and Aravis Massifs and the constant sub zero temperatures are also keeping the snow quality high in shady sheltered areas for some great fresh tracks on skis.  There is impressive surface hoar frost building in some locations too which is pretty, lovely to ski, but could present a significant problem weak layer if buried with new snow, which is indeed inbound from Tuesday pm and through much of the rest of the week.

We had an excellent solid intro ice climbing day with Michael who has already done plenty of rock and alpine climbing, plus some good Scottish winter routes – which meant the transition to cascade ice was easy and fun and we packed in lots of good coaching and technical elements as well as 3 short multi pitch routes and abseils.

Conditions are good on the right and central (steeper & more sustained) lines with plenty of solid ice and established footholds and pick placements despite the nearby stream flowing below!  There is also a good little steep direct pitch to start next to the icicle.

We also climbed the easier angled – but less travelled ice wall on the left and up in to the Scottish style gully leading up and left to a big tree belay which is full 60m+ pitch from the very first snow bay on the route above the intitial wall / icicle.

The neighbouring Cascade Stassaz, see post below, is also still in good condition but was busy again today with 5 teams in the queue at one point!  Conditions should remain good with temperatures staying quite low although warming up later in the week with more snow meaning an increase in avalanche risk and careful route choice.

Please get in touch via the contact page below if we can help arrange some cascade ice climbing adventures and training or ski touring in Chamonix – Mont Blanc – Aravis areas.

There is a good sustained mind winter freeze engulfing the Northern Alps at the moment and quality ice climbing conditions are being reported from Chamonix to the Swiss Valais and down in the lesser known areas of the Aravis.  The combination of a relatively wet autumn, good snowfall over Christmas and now sustained freezing high pressure weather has seen some good cascade conditions and this was the case at La Stassaz above Megeve today:

The short walk in is just enough to warm up before tackling either an easier first pitch or a big beefy single pitch to the bolted anchors at the top.  There is a right and left hand start and we did both today as well a nice central line too which has the added advantage of a safe belay in the dry tool base camp cave!

The upper section also had a couple of both good options with a fine steeper pillar on the right and a nice hooked groove on the left…with a cold shower in-between!  There is also an anchor with a bolt in the small rocky cave in the central section.

The crag became busy quickly and we retreated from the ice to the rocky / mixed cave with some damoclean icicles hanging above.  The central corner line gave some fun steep moves with a few placements on ice so not strictly dry tooling but it would take a braver & stronger team to pull out on to the icicle above which is pretty thin!

Some decent conditions are also being reported from the Chamonix Valley on both the Rive Gauche and more serious Rive Droite above the Argentiere Glacier as well as the considerably more accessible La Cremerie!

The weather forecast is staying cool & there are lots of routes in conditions in the area including some good intro options so please get in touch if you would like to arrange some ice climbing guiding or training and we can also offer a half day option.

The ski lifts in the French Alps remain closed due to Covid restrictions with the next review date being the 13th Jan and possibly more information gained from this evenings speech by Jean Castex the French Premiere Ministre.  Touring conditions remain good with the snow in sheltered locations being well preserved and there is plenty of it and lots of classic low and middle mountain tours are in condition.  Please get in touch via the contact form at the base of this page if you would like some ski touring guiding or training.

High Mountain GuidesJan 18, 2021 @ 15:18
Chamonix. The lifts are shut, the avalanche risk is high...but the valley looks strikingly beautiful at the moment with it's extensive snow cover and mid winter ambiance. Great conditions at the ice climbing crag today...There is plenty to do, if you can get here:
https://highmountainguides.com/january-2021-new-year-ski-ice-climbing-conditions-in-the-aravis-mt-blanc-massifs/

High Mountain Guides @High_Mt_Guides
Jan 18, 2021 @ 12:19
#Chamonix. The lifts are shut & avalanche risk high...but the valley looks strikingly beautiful with full mid winter ambiance. Great conditions at the ice #climbing crag today...There is plenty to do, if you can get here:
https://t.co/PGYuYgkhQl https://t.co/IfOkmxUGnL
View on Twitter 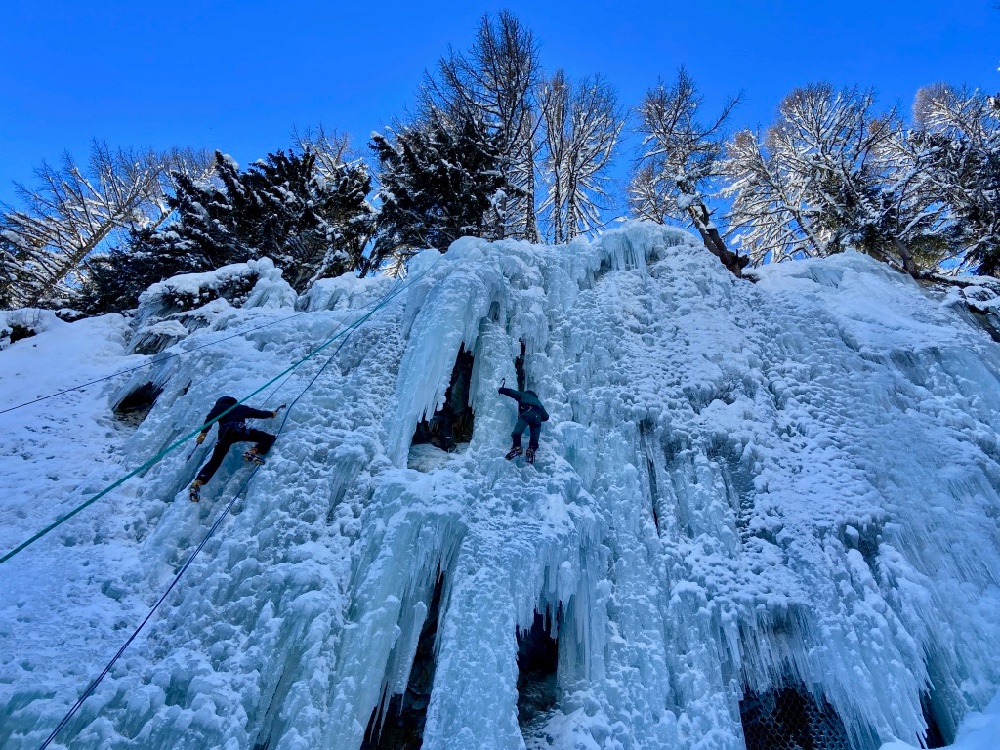 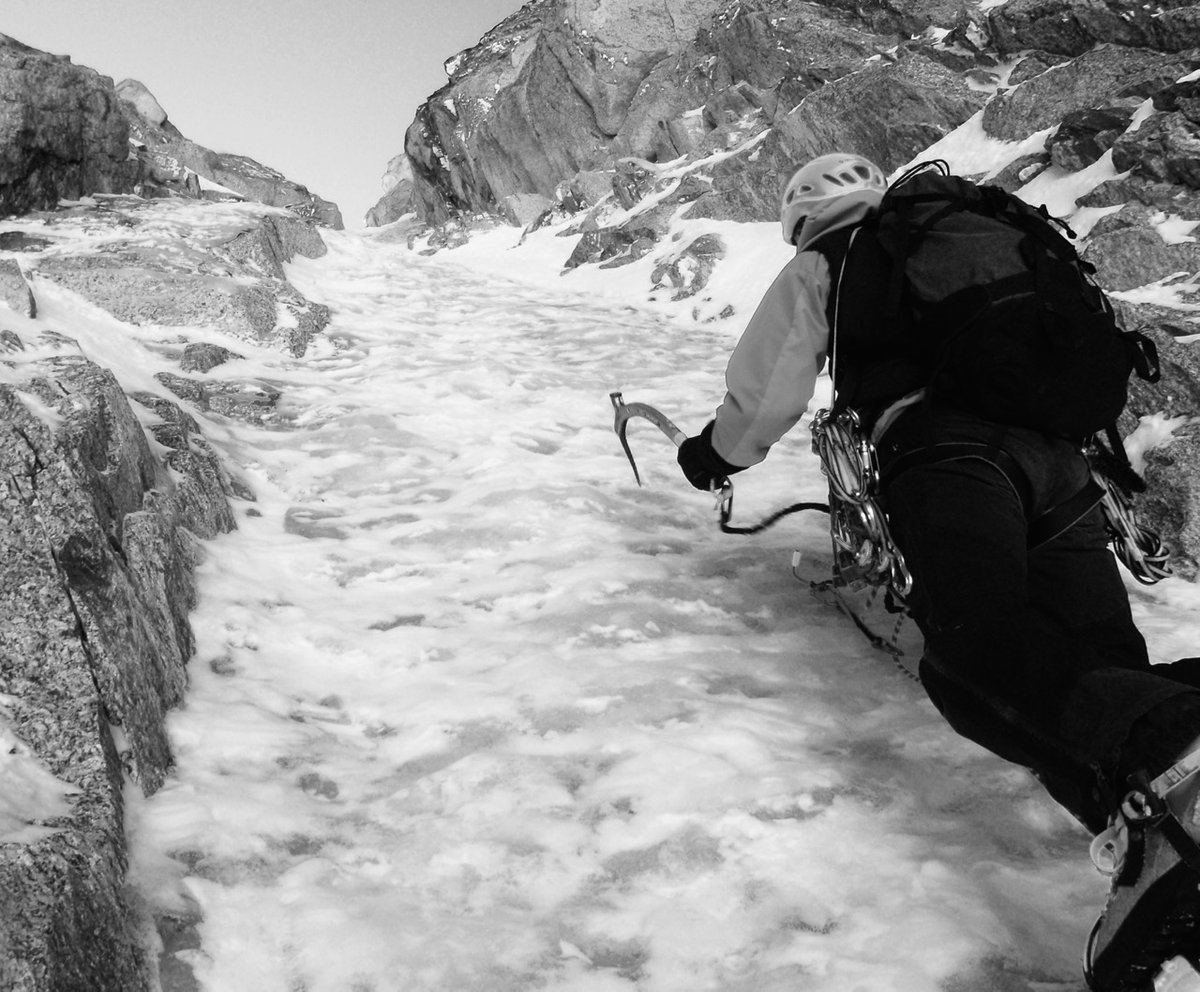