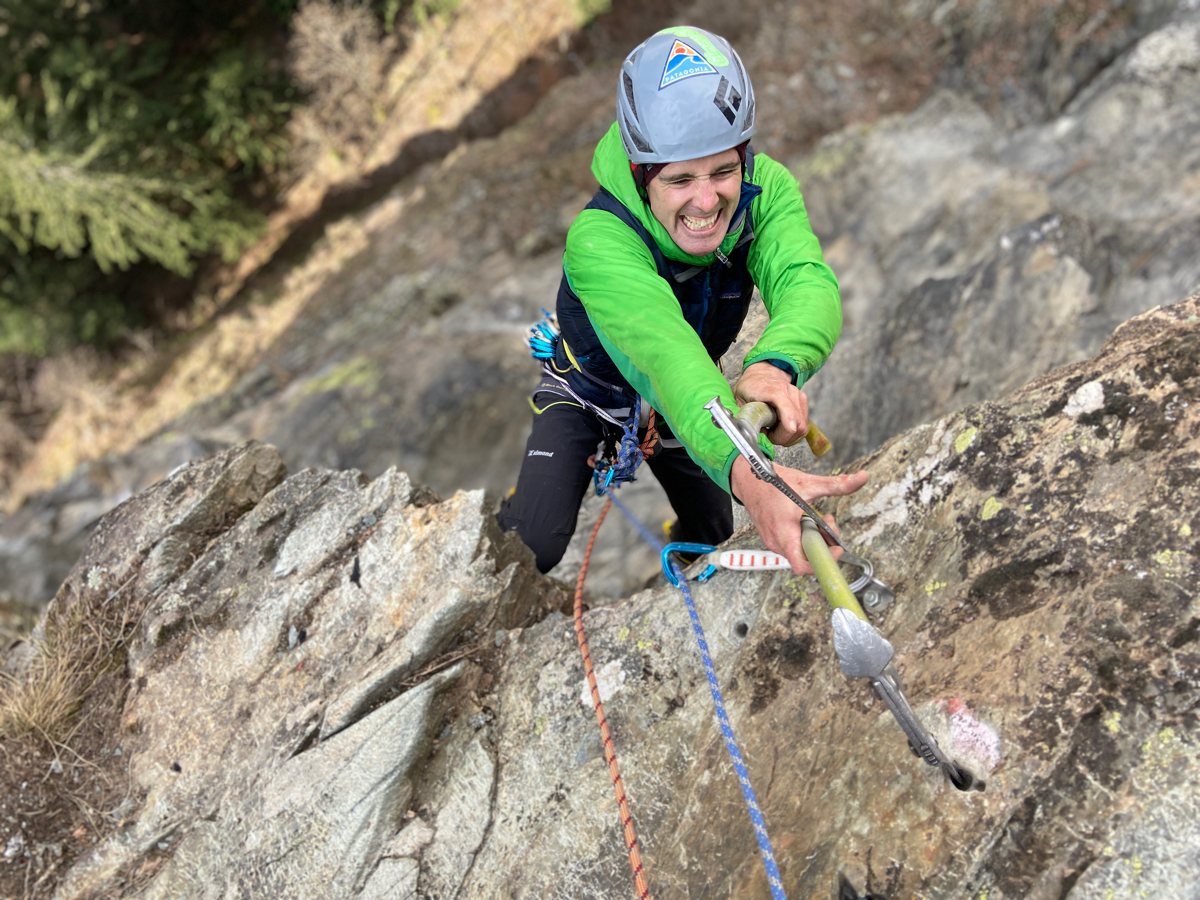 Having climbed on the sunny rock climbing crag at Servoz many times over the years, it’s only recently I’ve noticed a slightly less conventional form of climbing going on over to the right of the cascade that now divides the rock climbing crag…with the multi pitch dry tooling crag… 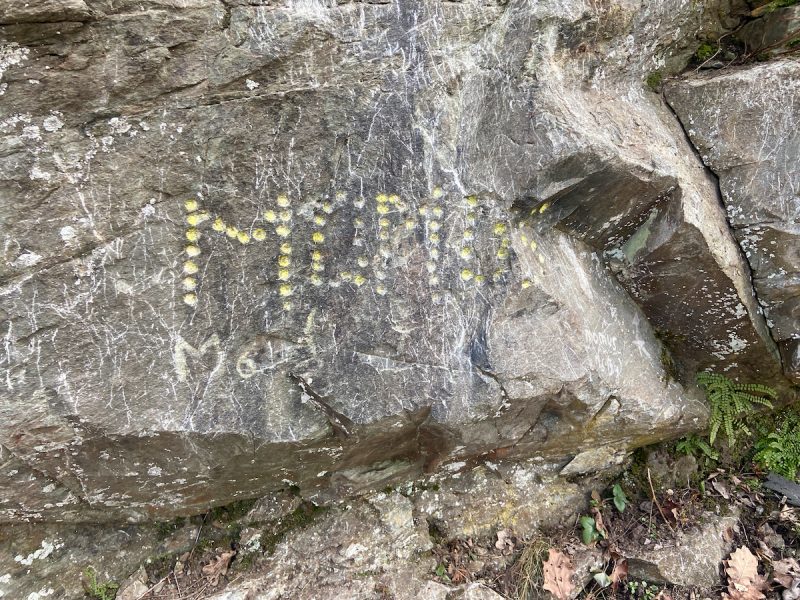 There are 3 routes on the crag, all with the names written on the rock at the base of the crag.  The walk in is slightly longer than the rock area, so maybe takes 60 seconds instead of 30!  We did the original and easiest route, Momus, given M6+ on the Camp to Camp topo page here.

The start of the route looks like an appealing mix of natural and drilled hooks on rocky slightly off vertical terrain, with loads of bolts!

If you are used to the big and secure drilled pockets of Le Fayet or The Zoo, then this gives a slightly different style to get going with.  Less pumpy, but more delicate and more like normal mixed climbing infact, so a great mix of physical, technical and mental training which is a theme for the route…

There is currently a section of fixed rope on both the first and second belays giving the option to detour left on to either left or right neighbouring routes (Fère et Pils M8 on the left and I have a dry’m M7 on the right).  Both routes are both harder, and a bit wilder by all accounts!

The tone changes straightaway on the 2nd pitch of Momus with steeper cleaner rock and deeper more secure pockets, so climbing initially more in line with other nearby crags at Le Fayet and Sallanches.  However, this is not just dot to dot painted link ups like some of the routes at those crags and an enjoyable mix of natural cracks, hooks and drilled pockets leads up to the 2nd belay below a fine clean slabby wall on the left.  This wall and corner groove is climbed with a mix of drilled and natural hooks but mainly the former to get going with.  It provides a really enjoyable sustained technical pitch which is physical but not as pumpy as what’s to come next!

The route then changes character completely with the addition of about an extra 15 degrees!  Big drilled pockets and more powerful moves between them is the order of the day.  Good fun and certainly a good work-out!   Many teams probably abseil from here but the last micro pitch is also worth doing as it provides a microcosm of the route in a handful of moves.  The first few steep and positive and the last couple less steep and less positive with a final pull in to the forest above.  The walk off is pleasant, once you have found the path further back and avoids rapping down over some pretty loose ledges below.

Momus gives a fun journey up this otherwise, from a rock climbing point of view, scrappy wall.  We climbed with crampons, mono points much easier, and axes but, in dry conditions, rock boots would probably make it a bit easier.   The route could also work well on a snowy day although may cease to be ‘dry tooling’ then!

The multi pitch element gives much more of a ‘route’ feeling than the other nearby dry tooling venues of The Zoo in Sallanches and the Thermal Park in Le Fayet.  Both of those give some excellent single pitch routes on generally steep rock, often with positive drilled holes on the easier pitches at least.  The climbing is invariably pretty physical and perhaps comparable with minimum 6a-6b rock routes at the easiest although the Zoo does have a nicer warm up groove which is a bit less pumpy!

Apart from being a really enjoyable additional climbing activity in the Arve Valley / Mont Blanc Massifs these dry tooling routes work almost irrespective of prevailing conditions, so they can be a great option for a wet day and certainly give a big dose of both technical and physical training and help build confidence for climbing smoothly on mixed and mountain routes…

Please get in touch via the contact form below if you would like to do a half day intro to dry tooling or make an ascent of the multi pitch Momus at Servoz.